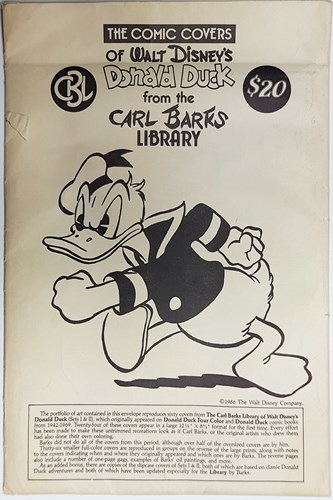 The portfolio of art contained in this envelope reproduces sixty covers from The Carl Barks Library of Walt Disney's Donald Duck (Sets I & II), which originally appeared on Donald Duck Four Color and Donald Duck comic books from 1942-1969. Twenty-four of these covers appear in a large 12 ¼” X 8 5/8” format for the first time. Every effort has been made to make these untrimmed recreations look as if Carl Barks, or the original artists who drew them had also done their own coloring.