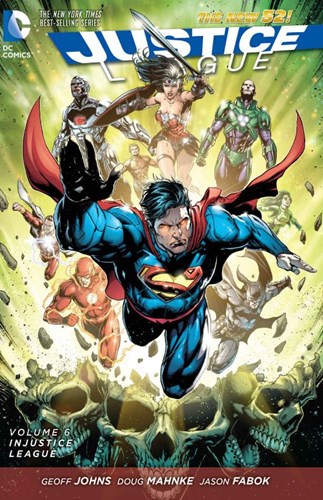 When the Crime Syndicate nearly destroyed our world, Lex Luthor led the fight against them. Now, with public opinion of him at an all­time high, Superman’s former nemesis has decided to continue fighting for good full time, as a member of the Justice League! But does Lex really have only good intentions? And even if he has changed sides, can his teammates work alongside a man who once persecuted them?

It’s an unforgettable tale of enemies, allies and the thin line in between.