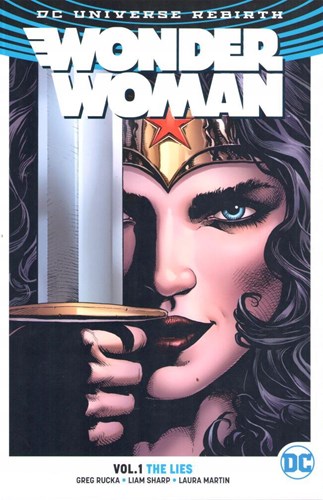 Heroic. Iconic. Unstoppable. Armed with her Lasso of Truth and imbued with the power of the gods themselves, Princess Diana of Themyscira, known to the world as Wonder Woman, is one of the greatest superheroes in history.

But who is she really? Not even Wonder Woman herself knows for sure. Diana’s links to both the Amazons and the Gods of Olympus have been severed. Her memories are a tangle of contradictions that even her lie-detecting lasso cannot untangle.

To solve the riddle of her origin, she must embark on her greatest quest of all: finding a way back to her vanished home. To get there, she must team up with her greatest enemy, the feral beast-woman, Cheetah. Will this unlikely alliance shine the light of truth on Diana’s darkest secrets, or bury them, and her, forever?

Legendary Wonder Woman writer Greg Rucka (Batwoman: Elegy) makes his triumphant return to the character for the first time in years and joins renowned fantasy artist Liam Sharp (2000 AD) for one of the most momentous stories in Diana’s history!