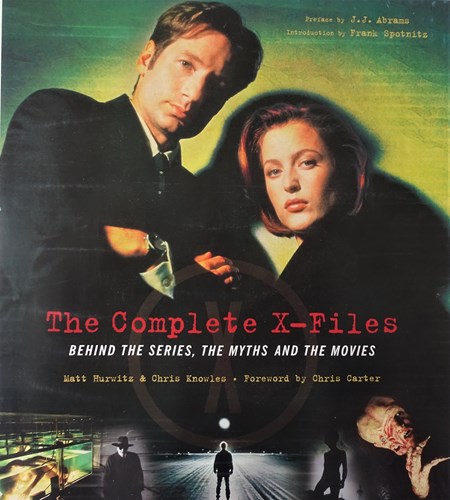 Behind the series, The myths and the movies

The Complete X-Files is a declassified look at all nine seasons of the American Peabody and Emmy Award-winning science fiction television series created by Chris Carter. Delve into the mystery and myth of X-Files with in-depth looks at its entire television run, the first X-Files film, and the upcoming cinematic sequel. X-Files creator and producer Chris Carter takes us into the never-before-seen archives with explanations of unsolved plots, discussions of the FBI's paranormal investigations, scene by scene breakdowns of popular episodes, and insider information on both the previous and upcoming X-Files films. Discover the mystery behind Mulder's alien abduction, Scully's secret objectives, the designs of the shadowy "Cancer Man," and the full truth about the Mytharc episodes. Includes many bells and whistles, such as gatefolds, alien and monster charts, alien and monster cards, movie posters, a secret dossier, Mulder and Scully booklets, and more The Complete X-Files will captivate fans and sciencefiction audiences, proving that nothing is what it seems and that "the truth is out there".