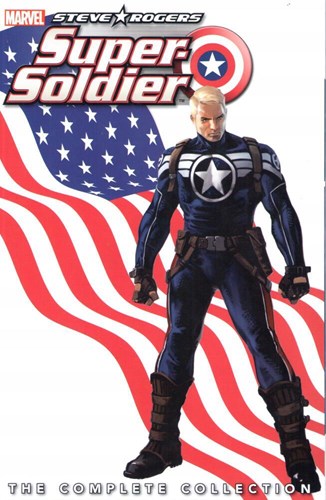 Steve Rogers is back from the dead! But with Bucky Barnes wielding the shield, it's time for a new guise for the Living Legend! Long ago, the serum that transformed Steve Rogers into a Super-Soldier was lost, seemingly forever. But now, its creator's grandson has rediscovered the formula and plans to sell it to the highest bidder. Confronted with the nightmare scenario of an unstoppable army in the hands of any despot or dictator with enough cash, can the former Captain America prevent the serum from changing hands before it's too late? Then, when X-Men including Cyclops and Namor find themselves trapped in the Negative Zone, they could use a hand against Blastaar, the Living Bomb-Burst! Enter: Steve Rogers, Super-Soldier!