Akim Stripwinkel Gen Barrevoets in Hiroshima Hiroshima The day after

Hiroshima - The day after 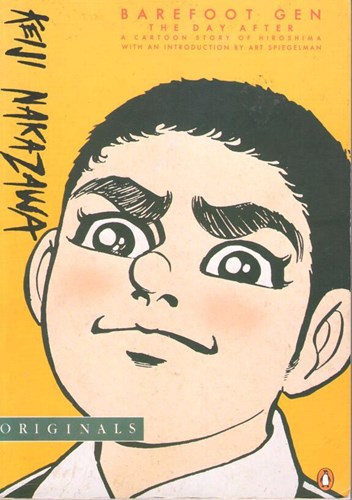 Cartoonist Keiji Nakazawa was seven years old and living in Hiroshima in the early days of 1945 when the city was destroyed by an atomic bomb dropped by the USA. Starting a few months before that event, this four-volume saga shows life in Japan after years of war and privations. Volume two tells the story of the day after the atomic bomb was dropped on Hiroshima, as seen through the eyes of seven-year-old Gen Nakaoka. Gen, his mother and his newborn sister face the horrors of the day after the bomb. This moving saga can be compared in scope and intensity to Art Spiegelman's Maus.