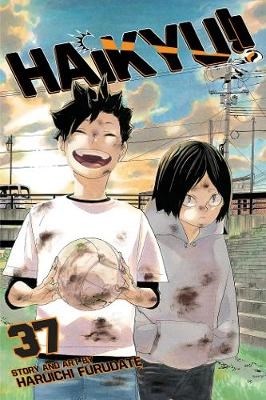 Ever since he saw the legendary player known as "the Little Giant" compete at the national volleyball finals, Shoyo Hinata has been aiming to be the best volleyball player ever! Who says you need to be tall to play volleyball when you can jump higher than anyone else?

Kenma Kozume gives his all rally after rally, wishing that the game would go on forever. But unfortunately, the longtime dream of Nekoma and Karasuno's Dumpster Battle on the national stage must come to an end. Who will win? Meanwhile, Kotaro Bokuto is getting hyped up for his next game against one of the top three aces in the nation, Kiryu!