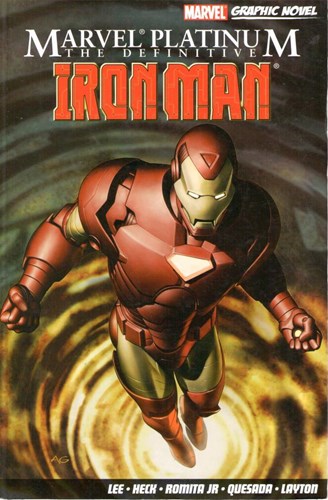 Gravely injured in combat, billionaire businessman and scientific genius Tony Stark saved his own life by designing a life-sustaining shell - the hi-tech powered armour that transformed him into the invincible Iron Man!

Marvel Platinum proudly presents the very best Iron Man stories from the House of Ideas; including Iron Man's origin, his epic battles against the Mandarin, Doctor Doom, the Hulk and arch-nemesis Obadiah Stane, as well as the tale of his personal conflict with alcoholism and an incredible confrontation against his very own armour!
Includes an exclusive introduction by the character's co-creator and founder of the Marvel Universe, Stan 'The Man' Lee.