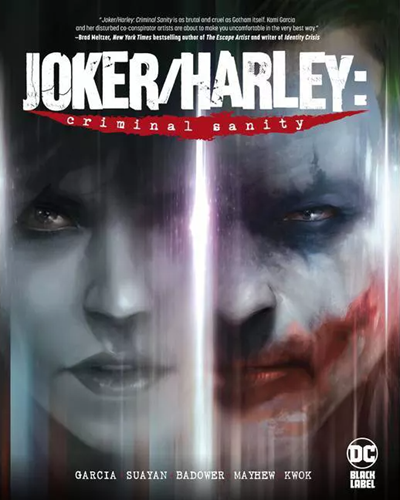 Murder is his art. Catching killers is hers.

In Gotham City, heinous acts of violence are a daily occurrence. Harley Quinn, forensic psychiatrist and profiler, consults with the GCPD on their worst cases. But she is fixated on an unsolved murder that haunts her—the night she discovered her roommate’s body marked with the signature of a notorious serial killer known as The Joker.

Five years later, the case remains unsolved, and a new series of horrific killings has begun. As the murders escalate and the meticulously constructed crime scenes become more elaborate, Harley’s obsession with finding the depraved psychopath responsible leads her down a dangerous path. When the past and the present finally collide, Harley has to decide how far she is willing to go—and how many lines she is willing to cross—to solve these cases once and for all.