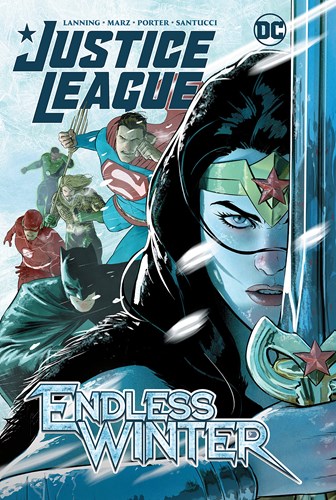 Spanning across time, continents, and DC comics titles, a cold new threat arises at the former site of the Fortress of Solitude!

1000 years ago, a disparate group of heroes, Hippolyta, Black Adam, Swamp Thing and the Viking Prince, banded together to prevent the world from freezing at the hands of the Frost King, an exiled Norse god with the ability to control entire ecosystems. The heroes triumphed, but victory came at a terrible price, one that has been kept secret until now.

When the Justice League discovers an extinction-level storm at the former site of Superman’s Fortress of Solitude, their search for answers will put them in direct conflict with the Frost King, an ancient entity who wields great power and an army of loyal soldiers. What does he want? And what’s his tie to some of the oldest heroes in the DC Universe?