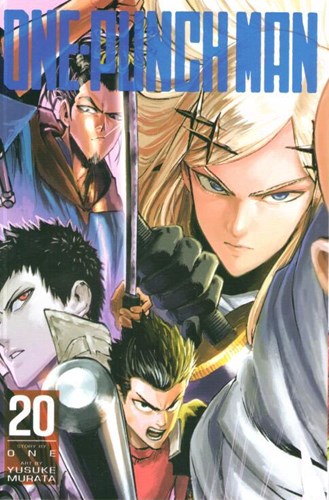 Life gets pretty boring when you can beat the snot out of any villain with just one punch.

Nothing about Saitama passes the eyeball test when it comes to superheroes, from his lifeless expression to his bald head to his unimpressive physique. However, this average-looking guy has a not-so-average problem, he just can't seem to find an opponent strong enough to take on!

Immediately before the big Monster Association battle, the Class-S heroes hold a strategy meeting. Unfortunately, they just aren't in sync, and when Amai Mask barges in, the situation only gets worse. Thankfully, King appears just in time to boost their morale, and it's a good thing, too, because suddenly the big monster battle begins!