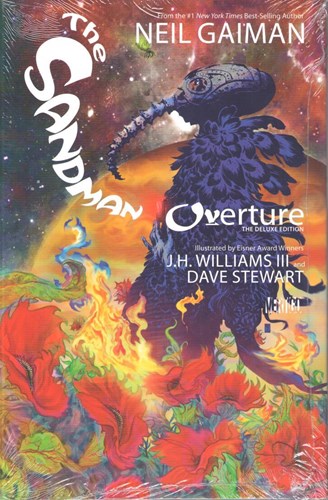 Winner of the 2016 Hugo Award for Best Graphic Story

Twenty-five years since The Sandman first changed the landscape of modern comics, Neil Gaiman's legendary series is back in a deluxe edition!

From the birth of a galaxy to the moment that Morpheus is captured, THE Sandman: Overture will feature cameo appearances by fan-favorite characters such as The Corinthian, Merv Pumpkinhead and, of course, the Dream King's siblings: Death, Desire, Despair, Delirium, Destruction and Destiny.