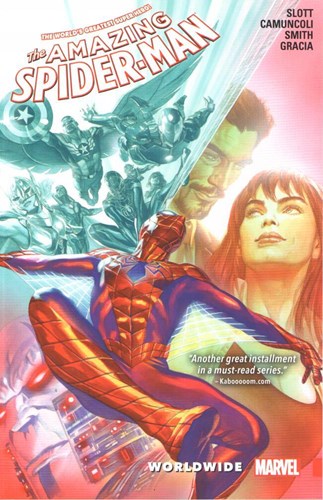 Super heroes and super villains alike have been disappearing. At first, these appeared to be isolated incidents, but something much more sinister is going on: the so-called hero Regent, a.k.a. Augustus Roman, has used his resources to siphon his captives' abilities. Now, he has the power of the rest of the Marvel Universe at his fingertips - and it will take the combined efforts of Peter Parker, Miles Morales, Iron Man and the rest of the All-New, All-Different Avengers to stop him! Which is a problem, since web-head and shell-head aren't exactly getting along - and their conflict may well open the door for Regent to begin his assault on Earth's Mightiest Heroes. But could a certain redheaded mutual acquaintance of Peter and Tony be the key to foiling Regent's plans?