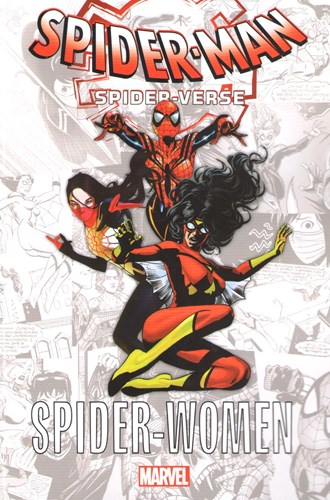 The Spider-Verse is full of powerful women, and these are some of the most spectacular Spider-Women (and Girls)! Meet Jessica Drew, the first to call herself Spider-Woman! She's determined to put a troubled past behind her, but will she become a super hero, or something else? When Peter Parker comes to Los Angeles, Spider-Woman meets Spider-Man, and she thinks he is imitating her!

Then, Cindy Moon was bitten by the same spider as Peter, and now she's rebuilding her life as Silk!

Plus, in one future, Peter and Mary Jane have a daughter named May "Mayday" Parker, and in another, a girl called Annie. And they're both amazing! Get to know Spider-Girl and Spinneret as they battle deadly foes on their worlds!