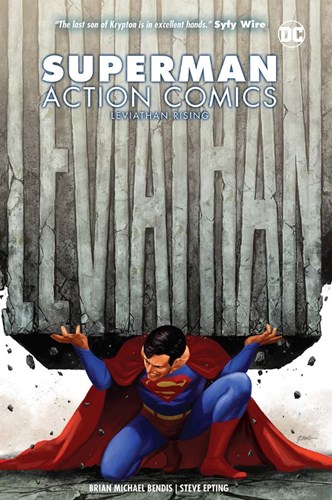 Clark Kent dives deeper into his role as an investigative reporter, but will he uncover something so big and so dangerous that not even Superman will survive to break the story?

The terror organization Leviathan has transformed from a Batman menace to a global DC Universe threat, and Clark Kent is hot on their trail. But even Superman may be in for more than he bargained for as Leviathan undergoes a hostile takeover by a new, mysterious player. Someone has outmaneuvered the current leader, Talia al Ghul, along with the leaders of Kobra, the DEO and even the queen of the spy game, Amanda Waller herself. All bets are off as the players make themselves known in the universe-changing Leviathan event!