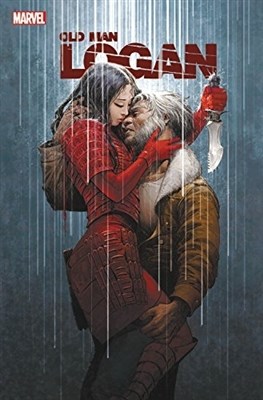 Old Man Logan - the man who once was Wolverine - must face off against a foe like no other...the vicious ninjas of the Hand! Logan's past comes back to haunt him when a former love drags him into battle with the deadly ninja clan, who have bolstered their forces like never before. And just when he thought things couldn't possibly get any worse, Logan encounters the mysterious Scarlet Samurai! She is willing to do anything to put an end to Logan once and for all - and she just might have the power. Does Old Man Logan have enough grit left in him to fi ght his way past ninja after ninja, discover the Samurai's true identity and take down the Hand for good?
COLLECTING: OLD MAN LOGAN 31-36