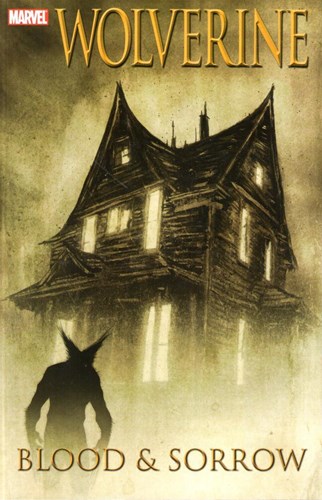 The feral X-Man fights along in four standalone stories.

In The Package, Logan must escape from an army of savage killers Deep in the heart of war-torn Africa - with a baby strapped to his chest.

In Better To Give, a heavily armed suicide cult - clad in elf outfits - has taken hostage a mid-Manhattan department store on Christmas Eve and is threatening to blow the place sky high. Among the shoppers: Logan, who's just itching to sink his (Santa) claws into someone after enduring the Yuletide rush.

In The House of Blood and Sorrow, Wolverine lies at the edge of death in a rural Nebraska cornfield after crashing to Earth in the wake of a clash with a giant robot at the edge of the atmosphere, lapsing in and out of a coma as his body desperately tries to heal. And that's when things really get bad.

And in The Healing, Logan lies gutted in a Northwest forest, surrounded by wolves and clinging onto hope and sanity as his body goes about the complicated work of repairing itself. It's not as easy as you might think.